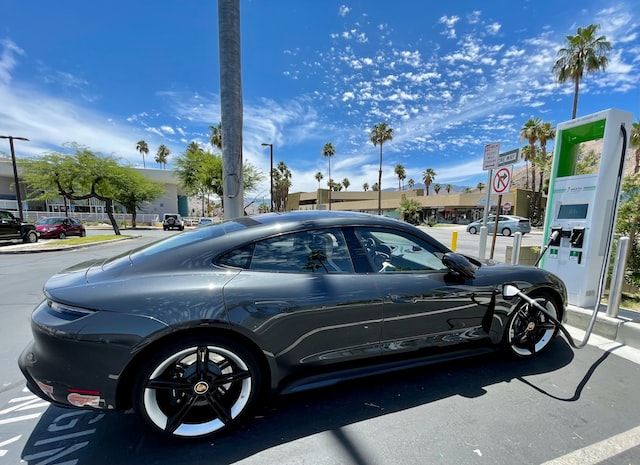 Australia’s biggest car brands have been ranked on their efforts to reduce emissions and the news is not positive for many of the country’s top sellers.

Toyota, which was Australia’s best-selling vehicle brand in October, ranked 11th in the list, only higher than Isuzu.

Climate Council advocacy head Dr Jennifer Rayner said the analysis was designed to give Australians a better understanding of the commitments car manufacturers had made to switch to zero-emission vehicles.

“When we had a look at our best-selling brands, it’s clear that many are making their own fleets electric by 2030 and even more are going to hit this milestone by 2040,” she said.

“What we’re looking at is the commitments that they’ve made so far around the world. In some instances, manufacturers have not made the same commitments for Australia but we’d really like to see them do that.”

Polestar and Tesla ranked first and second respectively on the Climate Council’s list, while Volvo slotted into third place as the greenest car maker still producing petrol and diesel vehicles.

Volvo Australia recently announced plans to stop selling petrol vehicles in Australia from 2026 – four years ahead of its worldwide target.

Ford and Volkswagen followed Volvo in the rankings, chased by Mazda, Hyundai, Kia and Honda. Nissan and Mitsubishi ranked tenth, while Toyota and Isuzu filled the final spots in the ranking.

Dr Rayner said Volvo’s actions highlighted that “timeframes like 2030 and 2035 are much more possible than people might think” for transitioning to zero-emission vehicles, and encouraged the industry to adopt bolder goals.

“It’s really up to those companies whether they want to remain revving their engines on the starter’s block and let the competition accelerate ahead of them. Our national policy settings on clean transport shouldn’t be set by those who are at the back of the pack,” she said.

Transport currently makes up 18 per cent of Australia’s greenhouse gas emissions, according to the National Transport Commission, and the country has committed to reducing emissions by 43 per cent in 2050, based on 2005 levels.

Climate Council energy expert and former BP Australasia president Greg Bourne said the car brand rankings weren’t surprising but he was sad to see some manufacturers had not addressed the challenge.

“I have been incredibly disappointed how Toyota have stuck with the hybrid and they have not yet committed to going EV,” he said.

“They make incredibly good cars but they haven’t committed to going EV yet which is a surprise.”

Reports in October indicated the car maker was reconsidering its electric vehicle strategy but it has yet to launch an EV in Australia.

Mr Bourne said Chinese and European car makers were increasingly launching new electric vehicles in a bid to “dominate the future industry” and “build a competitive advantage” before older brands caught up.

And he said Australian consumers may be enticed to adopt electric vehicles sooner than expected due to rising fuel prices and the promise of new incentives and policy changes.

“The key thing is if I fill up my Tesla between midnight and dawn it costs me about $7 and I can do 500km,” Mr Bourne said.

The federal government is currently considering responses to its National Electric Vehicle Strategy consultation paper, which closed on October 31.

More than 100 businesses and groups used the paper to request the introduction of a fuel efficiency standard, which would set a limit on emissions allowed across car makers’ fleets in Australia.